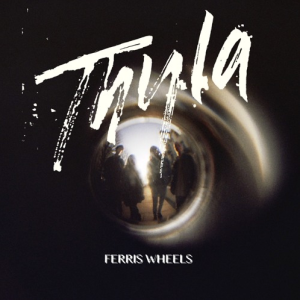 Ferris wheels have long been a favourite of mine, though maybe that’s just because my legs are totally jelly at the thought of rollercoasters. Yet I don’t think I’ve ever had so much ferrisy fun as I have when tuning into Thyla – one of the hottest new properties to come out of Brighton since… Come on Ciarán, you’ve got all the elements for a half-decent joke here… Pass.

Janglier than a janitor’s keys, the suave sounds of the band blend into something tastier than any fancy, over-priced coffee ever could. The short but sweet drum intro belies exactly what is about to follow as instead of a raging barrel of spit-fuelled blazing glory the tune turns into a Blondie-inspired mix of pent-up guitars, soothing synths and a leading vocalist in Millie Duthie who would give Debbie Harry a damn good run for her money. Inflicting nothing but pure ecstasy on the listener, the quartet are beginning to make waves that could eventually drown us all. Each and every throw of the dice seems to come up with a six – you get the feeling this lot would absolutely smash you in a game of Monopoly – as there’s not a darn thing about this track the lets the veil of perfection slip.

You’ll be hearing about Thyla for a little while yet, they’re going places.