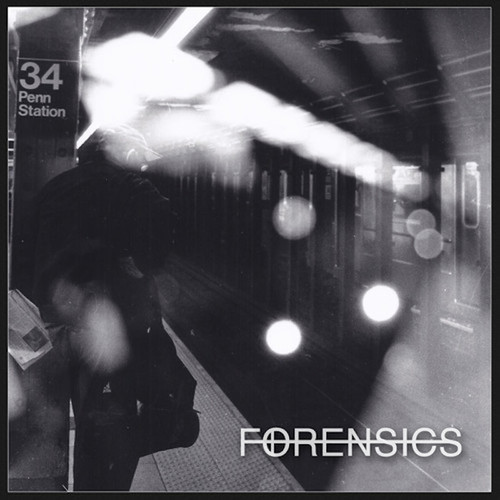 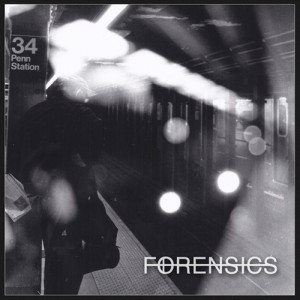 North London alt-indie band Forensics have recently released their debut, self-titled EP and it is full to the brim with indie angst and the potential to be something very special indeed. At times it sounds as if the sound may switch to something a little further along the emo scale yet thankfully it never slides too far and we’re left with a resulting EP that simply oozes charisma.

Kicking off with ‘Scale‘, off-beat guitars act as a lighter influence whilst there is a real sense of Editors about the sound, the only real distinction is with the voice of James Burrington which feels gripped by emotion as he delivers every last word. With guitar riffs that capture the essence of 2000s indie starlets, I feel like I’m taken back to my teenage years, sitting in my bedroom with the speakers blasting out in rebellion – though I am in fact sat in an office looking at a sign for a strip club, the prospect of which grows more enticing with each drop of rain.

‘The Waiting Game‘ indeed makes you wait for the thrill of a pulsating chorus that feels like you’re being relentlessly attacked by the purest energy and emotion. Everything fits together like a musical puzzle, echoing guitars fill the air above a firm foundation of bass and drums whilst Burrington’s voice adds the element of human nature into the fray. ‘Wolves‘ is considerably more up my alley and probably edges it in the contention for my favourite track on the EP – the howling ‘oooh’s of the backing vocals giving it that extra nudge. Like the previous 2 tracks, the chorus is where everything bursts into life and the lads, who look surprisingly clean cut for this kind of drive, let their inhibitions go and give in to the calling of the music.

Ending the EP is ‘Bette Noire‘ (an excellent title) which once again shows the dark side of the band. Though I prefer the indie elements of the band, they’re absolutely ace at creating vibes that will chill you to the bone. The slow-build is the perfect way to draw you into this conclusion and once everything kicks in (the chorus again marking the point of maximum impact) your ears are filled with their intense vibes.

A little on the dark side for me at times, this self-titled EP from Forensics has a clear directive and follows the band’s manifesto from first to last. Here we have 4 tracks that will stay with you long after the record has been and gone.