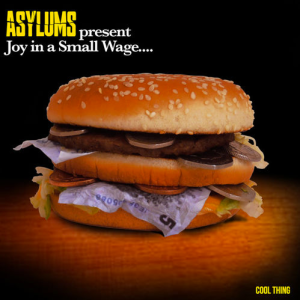 The effortlessly brilliant sounds of Asylums once more flood my ears and I’m reminded of how the four-piece have become one of the best bands I’ve come across in the last year – they’re simply a cut above.

This latest offering is a bit less of the angsty, upstart vibe that their last two offerings captured so well yet the slight slowing of the pace and the significantly more melodic state of the song is a welcome change of pace, highlighting that they’re able to put together something that isn’t just a rip-roaring streak of pure energy. Reminiscent of early 00s surf-rock in places, there are tinges of Biffy Clyro hidden within these sounds and it does seem as though they’re attempting to show a bit more versatility – though personally I’d rather they stick to the all-guns-blazing approach that has so far been an overwhelming success. That being said, this is a great chance for the band to show a wider range of musicality, a task which they rise to with ease.

The sound has lost a bit of its edge but it’s still a pretty solid listen.