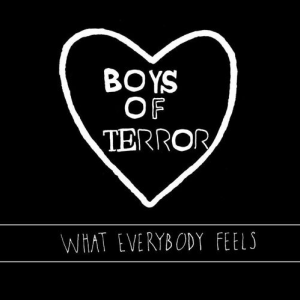 Having had a quick flick through Swedish guitar merchants Boys Of Terror‘s album What Everybody Feels I found myself picking the opening track as the one that had the most allure. For why? Well, there’s one reason that stands head and shoulders above any other.

The opening guitar riff sounded like it could have been Edwyn Collins in his prime.

Though the rest of the track is a fair spot more pop-based that you’d have expected to hear from the Scottish musical genius, there’s plenty of praise to be given to the Scandinavian four piece as they pull no punches in putting together a slice of indie pop that’s sure to help get any party started. The rest of the album can be a little too saccharine for my tastes in general yet the opening track has been swiftly downloaded and will be heard blasting in my ears for the foreseeable future. It does also happen to have a pleasant blend of hard and soft and one of those choruses that could well become a bit of an anthem in certain parts.

This band are well worth having a look at, this song in particular just feels so ready to be spread around the globe.