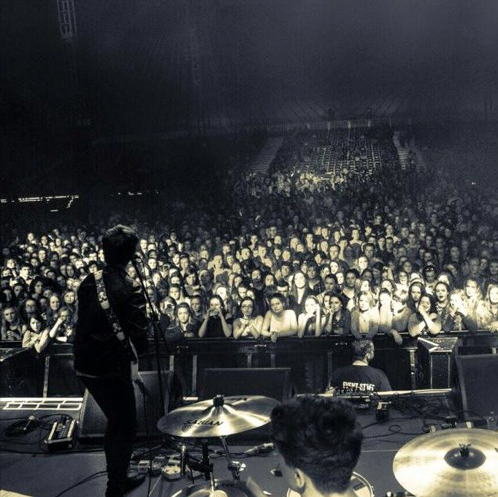 I’m pretty sure the first mixtape I ever had was a cassette tape with some Madonna tracks on it and some incredibly questionable ’90s pop ‘bangers’. If only I’d been born a few years later I might not have had to deal with the reels – unless I moved back to trendy East London – and I could have been enjoying a cracking selection of 2003’s best tunes. Sadly my 2003 musical memory goes straight to the under-rated Huge Hits 2003. Fortunately my tastes have developed a bit sense then. I think.

Anyway, this nonsense is just a way of saying I wish I’d been getting my head into bins filled with whatever gems The Academic must have been listening to back in 2003 – and they had it in CD form which is always a plus. Whatever it is they had on that shiny disc must have been pretty smashing as it’s led them to this anthem chorus-style ripper which sees energy bouncing around more than a twenty-something ramped up on MDMA and galloping around a field while Patti Smith plays… Well, isn’t it obvious?

There are plenty of indie/rock/whatever we’re meant to be calling this stuff nowadays out there but few seem to get it together this tightly and I’d not be surprised if this bunch have got grins plastered across their faces while they play. This is feel-good music that’ll get that fire burning behind your eyes once more.