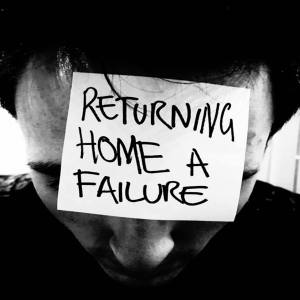 Failure is nowt to be ashamed of – without it, we’d never learn to improve ourselves or overcome anything. Still, it feels like shite and luckily for The Sneaky Nixons there’s not even a whiff of failure on the soles of their new single’s shiny shoes.

Back when I lived in Liverpool (those were the days…) the band’s graffiti was far more noticeable than their tunes and frankly I’d not given them a listen until well after the name was imprinted in my skull. This latest tune is a stinking effort though which has left me repeatedly questioning why I hadn’t given a stupid amount of time listening to them. It’s more off-kilter than a trolled bloke in what some would describe an ‘old man’s pub’, or to me ‘a second home’. There’s a boss trumpeter in this one, a bass which steps from side-to-side so jauntily that it feels like it could be soundtracking a proper large fella down the street as he goes down to Nabzy’s to pick up his third load of chips of the day. These guitars are right impressive as well, the beer bottle slide really comes in handy…

This is a no frills effort that feels more independent than your average quiet stormer and drips with so much charm you’ll really find yourself questioning why on earth you left the city where you’ve always felt most at home.