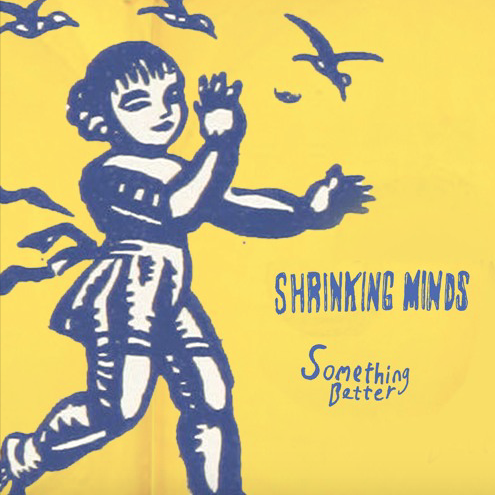 Let’s go for a walk. No, a run. No, let’s go get absolutely off our rockers and throw ourselves violently around a sweaty room while Shrinking Minds blast away all around us with this absolutely killer new tune.

Coming at you faster than a laser beam, here’s yet another Merseyside band that have got some pedigree chops and know exactly where that ’11’ is on the dial. Hooks are flying around freer than the inside of that old fisherman bloke’s home who you always thought it was weird that would chat to a bunch of twenty somethings about haddock at 9.30am on a Tuesday. Energy is this track’s middle name. Well, it would be if there was space for another word in there. And if it made any grammatical sense. It’s catchier than the plague, more vibrant than watching Planet Earth on a super/ultra/some other ridiculously good HDTV and more fulfilling than even the fanciest pizza your local Tesco Express has to offer when you’re on a budget of £2 on a Wednesday night because you’re saving up for a particularly chaotic weekend.

This is going to get you so alert you might have to get the chamomile tea and slippers out. Then again, it’s probably best you just embrace this raw energetic beaut because it’s going to be sticking in your mind for some considerable time. Sure, you might expect it to be dislodged by something better, but that’s a long way off yet.