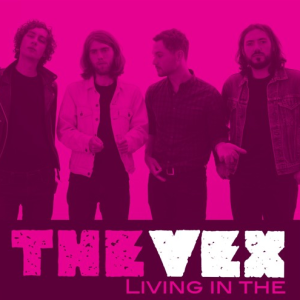 If you like The Clash, you might just like The Vex. Taking that time-old remedy of Kingston feels and adding some proper London GEEZA vocals, these four likely lads have got a right good vibe going for getting your head bobbing like that weird bald bloke in the ‘Vindaloo‘ video. No, not Keith Allen…

The guitars seem surprisingly harsh given the upbeat rhythm section yet the bass itself is dirtier than what I reckon James Blunt gets up to on a Friday night, the saucy devil. It’s a fiery little ripper that’ll never apologise for being out on the fringes. There isn’t exactly too much to this but the simplicity is part of the genius – there’s no trying to be a clever dickie and everything gets laid out before you as if it were a musical buffet where you know full feel to avoid the rice, noodles and any of those other cheap carbs. That raw energy of yesteryear is captured in every last lyric, vocal stab and FOR THE LOVE OF GOD that bass sound is just so damn MMMMMMMMMMMMMM.

Get skanking, or whatever it is the kids are calling it these days. This is mighty fine music for dancing to.