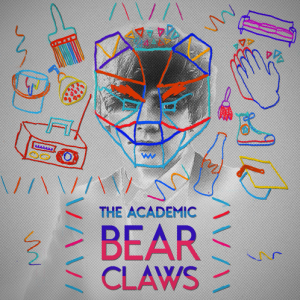 Irish indie rock lads The Academic are seemingly on the right track to become the next big guitar band to follow in the footsteps of Blossoms, Catfish and the Bottlemen, Circa Waves or whoever else the kids are listening to these days.

With ‘Bear Claws‘ the quartet tell their ‘coming of age’ story and show a new level of maturity to their songwriting. It has all the hallmarks of one of those indie tracks that ends up doing the rounds on Spotify and drawing in the crowds, with the added bonus that it doesn’t grate on you after a while. The slower approach taken here sees the band lay bare a bit more of their souls than they have before and there are plenty of catchy riffs that you can easily imagine being sung back to them by adoring fans as they surely continue to climb up the indie music ladder as rapidly as if they were being chased by a flurry of demonic rats and oysters.

Sure, it’s not the most awe-inspiring thing you’ve ever heard and it isn’t necessarily the most technically brilliant, but each and every step of the way through this song all you’ll be able to think is ‘Ooh, I like that’. That’s never a bad thing.