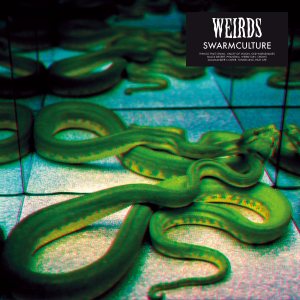 Feedback, feedback, feedback… Rocking guitars. Yeah, that just about works – it’s how Weirds start things off before they start trying to shatter your skull with their belting new track ‘Old World Blues‘.

This isn’t any of your turning it up to 11 stuff, they’ve gone well off that scale and are having to measure the power of their sound in ‘noise of number of planes taking off’, or something better than that if I can think of it. Don’t go into this thinking it’ll be the kind of blues number you were taught the first time you picked up a guitar, this is a VERY different old world to the one our forefathers found themselves in. It’s much noisier and full of aggression so pure you’re right to be ever-so-slightly frightened by the voice that has just spent two minutes going all guns blazing into your ears. Still, the Leeds band do what they do incredibly well and could easily power the whole city for at least a few hours if they put their mind to it.

Not for the faint-hearted but if you want something to really get the blood pumping then you’ll do well to find much better than this.