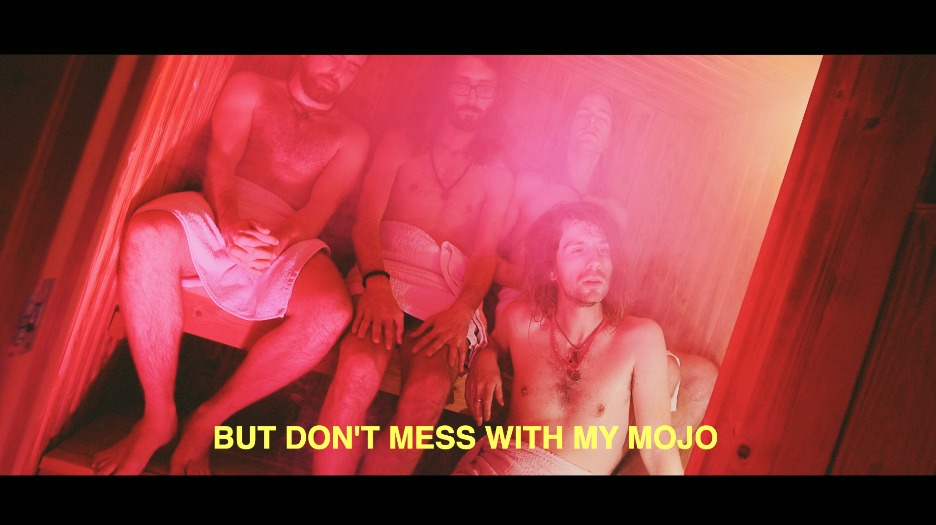 Jazzin’ it up in the big bad city, Itchy Teeth have apparently invested all their money from the ever-lucrative music industry in buying themselves a dojo which they appear to just be using for what I believe the Scottish call ‘fannying about’.

Perhaps they do have a bit of mojo though, as I can’t seem to take my eyes off of them as they psych up my life like it’s the late ’90s and the world really needs more karate-based films. But this is far too chill for your everyday dojo and one might suspect this lot would suffer an overwhelming defeat if they ever got themselves into a fight with anyone with even a modicum of martial arts training. But then, I bet they’d probably beat Jackie Chan in a guitar battle so… Keep on dreaming as the London quartet pull their wooly bathrobes over your eyes and send you spiralling into a world of haze that’s far more powerful than any Green Tea.

Your shoulders look a little tense by the way, perhaps you need a trip to the dojo. I hear they’ve got incense, buddy. Truly, this is ‘lovely stuff’.