Once again Rormix have come to my rescue as I struggle to pull myself away from the day job. This week they have once again provided me with 5 tracks for your pleasure, so why not take the time to check them all out and find a favourite? Go on, it’s free music. What’s to lose?

Ivy & Gold – Not Had Enough

Ivy & Gold are an electronic pop duo from London. Usually you find that it’s either beauty or talent, but these guys break the mould. Their eye-catching looks and haunting melodies are sure to be massive on the festival scene over the next few years, and if they keep producing music and videos of this calibre the future is bright for these two. 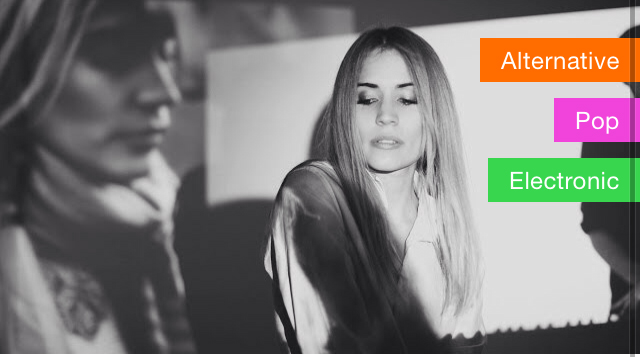 Brooklyn based five piece Rubblebucket have been going from strength to strength in their six years as a band. ‘Carousel Ride’ is the lead single from their latest EP and has proved popular, with the likes of Zane Lowe and Phil & Alice playing the track on BBC Radio 1. The single also made it to the Top 5 in Hype Machine’s ‘Most Popular’ chart after gaining 200,000+ plays on Soundcloud since it’s release last month. They are releasing a full length album on 25th August, so keep your eyes peeled on their social media for more information.

Vulkano are a Stockholm based girl duo with attitude, creating post-punk riffs with real clout. Lisa Pyk-Wirström and Cissi Efraimsson founded Vulkano after the Swedish indie group Those Dancing Days broke up in 2011 (both girls had been members since high school). It’s great when you find a band that evoke all the same feelings of 70s punk, but with a style that’s easy to imagine being a future classic.

The Away Days – Paris

This Turkish quartet are any shoegazers dream, but manage to plaster their own unique style onto everything they do. That’ll be why they’ve captured the attention of the likes of NME, The Guardian and BBC6 Music. This song is a massive leap forward from their earlier release ‘Your Colour’, with a heavy crescendo towards the end of the song and then a wash of gorgeous guitar noise. Having formed just two years ago, the possibilities are endless.

Freedom Fry are made up of Marie Seyrat and Bruce Driscoll, and they’re based in LA where they met and formed in 2011. Since then they have written and released 4 EP’s, the latest being written and recorded in their home studio and released just a few weeks ago. Despite their DIY approach, the duo have been featured in a lot of different places, Filter Magazine, Nylon, Glamour, American Apparel and Topshop to name a few. They’ve also been named as an MTV ‘Artist To Watch’ and it’s clear to see why.

There you go boys and girls! I hope you found something new to love! Once again, that name is Rormix.