Once again I’ve been handed a selection of 5 great tracks from Nicole over at Rormix – including a track which I’ve previously championed (great minds think alike, I think). So why don’t you download the app? It’s really rather clever and it will help you discover new music almost as well as I do. Here are your picks;

The Garden – What We Are
Neo-punk duo The Garden are possibly my favourite band on Rormix (Not my words! – C). Wyatt & Fletcher are twins based in Orange County LA, and create some of the best new punk we’ve heard in a long time. They’ve also dipped their toes into the fashion industry, modelling for no less than Saint Laurent in their show at Paris Fashion Week, pushed along by their androgynous style and chiseled cheek bones. They recently released their first album, The Life And Times Of A Paperclip. The album includes sixteen songs about inanimate objects, and includes lots of made up words.
In short, it’s a punk record. The twins work with just a bass guitar and drum set, and their live performance is the noisiest thing I have ever heard, and included a spontaneous ten minutes of non sensical rap half way through the set. Genius.

Facebook
Twitter
Crystal Bats – Falling In Love
British electro-pop duo Crystal Bats are made of Will Jones and Will Vaughan will blow you away with their dreamy 80’s synth sounds, influenced by the likes of Prince and Phoenix. The pair are childhood friends who came together through a mutual love of their parents’ record collection, and went on to create one of the catchiest electro songs Rormix has seen for some time.
The video, produced by acclaimed fashion photographer Charlotte Rutherford, is filled with glittering flamingoes, women in pink furry negligees and pale trees, giving the song a tongue-in-cheek, summer time LA feel. But the best part is, it was shot in Great Yarmouth.

Facebook
Twitter
Felt Tip – Simple Things
Felt Tip are an indie quartet named after a song by Swedish band ‘Love Is All’. The band released their second EP ‘Simple Things’ with Fierce Panda Records in June. It’s available for all of you to treat your ears with on Spotify and iTunes now.
Their quirky yet classic British pop sounds have been noticed by BBC Introducing, 6 Music and XFM, and numerous blogs have hailed tribute to the indie newbies. (Including this one! – C)

Facebook
Twitter
Trampolene – Under The Strobe Light
Having recently returned from their first foray to France, were they played a festival with Massive Attack and Kasabian, Welsh Trampolene have picked up some rave applause on their travels. They have now been noticed by the likes of The Guardian & Louder Than War, as well as radio play from BBC Radio One, XFM and Soccer AM. 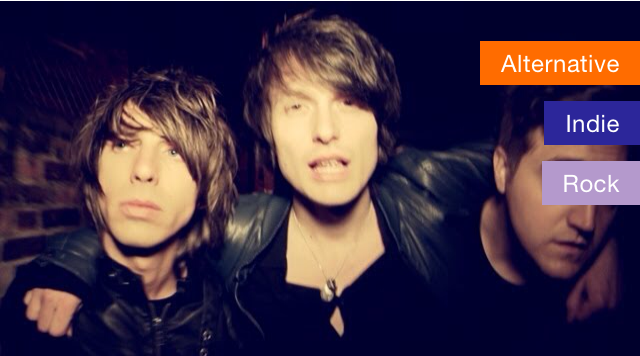 Facebook
Twitter
Hurricane Love – Only Human
Six piece Swedish band Hurricane Love are a force to be reckoned with, as their catchy indie-pop music spreads quickly since their formation in January 2012. Members Raz, Nina, Joe, Toby, Magnus & Robin have seen their single ‘Only Human’, who’s acoustic version has seen over 100,000 plays on YouTube, being featured on television programmes such as Hollyoaks since it’s release last year.

Facebook
Twitter
Weren’t they all brilliant? I hope you clicked on each and every one and gave it a good listen! Let me know what you think!
Ciaran