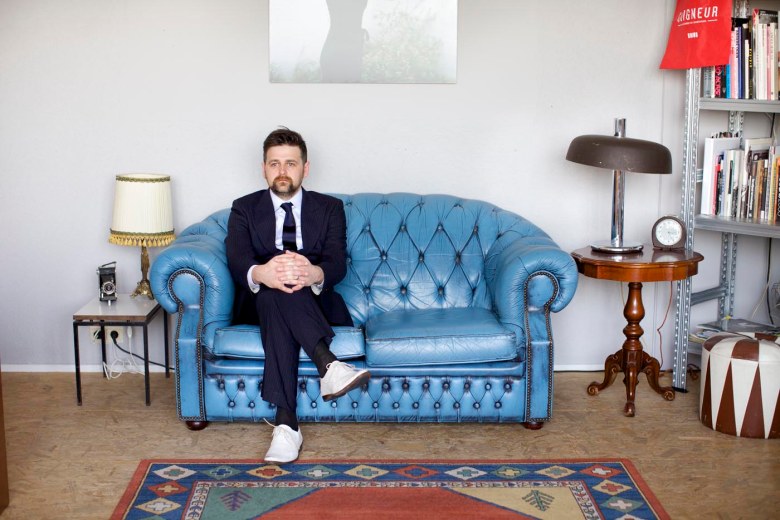 Somewhat conveniently this interview happens to be the 250th post on WCT – admittedly the first 30 or so are things that I’d written elsewhere and am now a little ashamed of. However, I’m determined to (accidentally) see in the milestone with something rather special. Interviews have been a little low of late but there are a couple on there way just in time for Christmas – starting with the absolute cracker that is Alex Highton. Alex’s track ‘It Falls Together‘ got my attention a little while ago and his distinctive sound is full of character that will undoubtedly entertain you. It also helps that he comes across as a genuinely nice bloke. Here’s what happened when I asked him a few questions;

Who are you, what are you and where are you?

I’m Al, I’m a bloke and I’m in my kitchen drinking tea.

Why did you start making music? Who were your first great inspirations?

It’s hard to say really. When I was fourteen or so, my dad bought me a guitar for a xmas. For ages (years) I ignored it. Then one day, for reasons unknown, I picked it up and learned a song. Pretty much straight away I started writing excruciatingly bad songs. Sometimes I find a stray sheet of lyrics, hidden away by my teenage self, and break out in a sweat of embarrassment. Then again I sometimes do that with lyrics I write now, so there you go…..

My first inspirations came from my dad’s incredibly eclectic collection of vinyl. He used to play me mix tapes all the time in the car. Then I would go in and discover all this crazy stuff when we got back to his, Talking Heads, Jimi Hendrix, Mahavishnu Orchestra, Ian Dury, just all sorts. I could literally fill the whole page with great records I found there. I remember quite distinctly listening to “Season Of The Witch” by Donovan, being quite young and thinking “this is weird but i like it”.

What made you decide to perform as a solo artist? Have you previously been in bands or are you a ‘lone wolf’?

I’ve been a in couple of bands. One when I was nineteen which imploded quite quickly, the wounds of which stopped me making music for a long time.

Then I was in an excellent band called Mohanski, which was basically an excuse for a group of mates to hang out, smoke & drink. The music was good (in my opinion excellent) but it certainly came rather low down our list of priorities.

I moved to the countryside, pretty much giving up any serious intentions of making a career out of music, when out of the blue a Hollywood actor stumbled across my demos on MySpace (remember that?), tweeted about it and suddenly I was off on this weird & wonderfully unexpected adventure.

How would you describe your sound?

It’s hard to say really. In reviews I sometimes get reference to Nilsson (which is great as he’s a big hero of mine), Elliot Smith, Paul McCartney, that sort of stuff. I want to keep moving though, I don’t want to keep making the same the record over and over again. I just want to make albums were there aren’t any rules, where I can what I like.

I absolutely loved ‘It Falls Together’ – what was your motivation for writing the song?

Thanks so much. I actually wrote it on guitar, in a an alternate tuning (DADGAD) and I was just messing around. The phrase came into my head and I thought it was interesting you know, was I saying everything falls as in “crashes” or falls as in “comes to together”? I’m not sure still. Music wise I just sort of heard it in my head. Who knows were that stuff comes from?

Which Liverpool venues are your favourites? How do you feel about the closure of MelloMello and the proposed closure of The Kazimier?

I’ve not played as much in Liverpool as I would have liked to and left home for London when I was eighteen. I don’t know that much about the music scene there to be honest. I did play a show in Berlin with this Liverpool band called “All We Are” though, who are excellent.

The closure of any music venue is sad though isn’t it? They’re both places that are, as far as I can gather, the hub of the Liverpool music scene as well, so doubly so.

How much does your Liverpool/Florence upbringing affect the way you approach your life and, in particular, your music?

I’d say very much so. My youth in Liverpool was me fighting for space as one of seven brothers and sisters. It was very working class, a big loud family, loads of fun, family parties, people everywhere! Then in Florence it was just me & Dad (when I was younger, I now have more brothers & sisters!). It was all art galleries, art-house movies, tons of reading (his library is pretty diverse too).

I reckon all this definitely fed into my outlook on life and therefore the songs I write. I always figured you could like Philip Roth and support Everton at the same time. They’re not mutually exclusive.

Where should we be looking to find new music? Who is worth keeping an eye on? (besides yourself, of course)

Steff Adams. He’s in the same boat as me, a bit older, has kids. I’ve no idea how he’s not well known already though. Sometimes it’s not just about the music. Life get’s in the way I suppose.

All the bands on Gare Du Nord. Great label that I’m very proud to be part of.

How do you think bands should be going about getting their music heard? Is it simply a case of getting yourselves out there as much as possible?

I think if you’re young go out and play a zillion gigs until you’re ace and you’ve built up a fan-base. That’s the only way I reckon now. I’ve got a young family so it’s a bit harder for me to do that. I just do as much as I can. Get in at 2am from a show, get up at 6.45 with the girls. Not quite the rock n roll existence I imagined…..

“Without music life would be a mistake” I stole that. I can’t quite remember where from. I should just google it I suppose.

I just focused on making the best records I can and getting them heard by as many people as possible. It’s not about money (which is just as well really), it’s just something I’m compelled to do. Just being able to make a record I’m proud of is the achievement for me. Anything else is a bonus.

Where can we see you live in the next few months?

We’re making plans right now. I’ll let you know when I know. What I do know is I’ll be playing all over next year. A UK tour, some Dutch tours, Ireland maybe and possibly the US.

Who is your least favourite cartoon character?

Thanks very much for the interest. It’s much appreciated.

Find out more about Alex Highton through his Official Website. 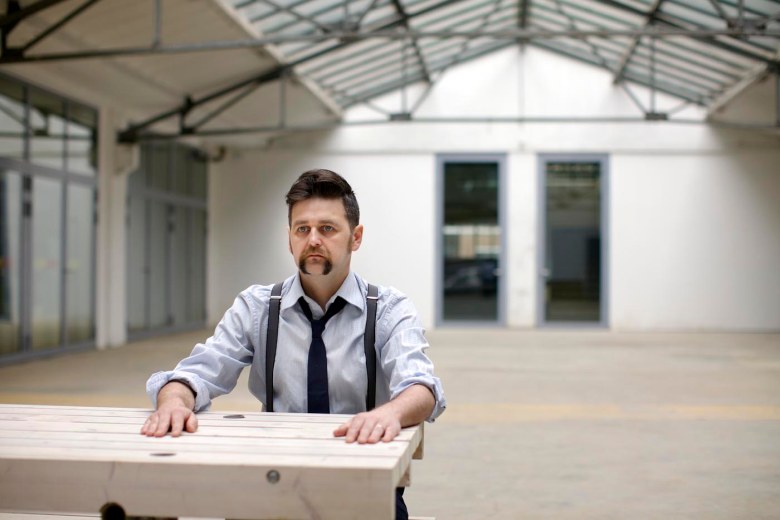