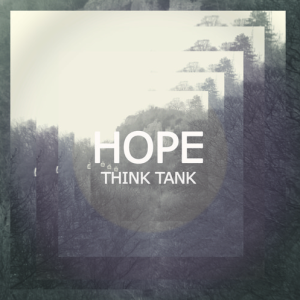 Though I’m not entirely sure whether or not 2 songs qualifies as an EP I’ll allow it in this instance as Think Tank have got a pair of songs here that it would be hard to choose between if you were desperately searching for a single. The former is an acoustic ballad that is rife with emotion whilst the latter is a tad darker and will have the hairs on the back of your neck standing rightfully to attention.

The great strength of these songs is their ability to draw upon your emotions and pull you in with every last word, though there may be a hatful of clichés on offer it would be harsh to criticise the beautiful soundscapes on offer for using tried and tested methods to touch your very core. ‘Rat Race‘ is certainly no relation to the utterly hilarious John Cleese/Rowan Atkinson/Whoopi Goldberg film, it’s rather more cultured and intellectual than that – simple harmonies will clutch at your heartstrings whilst the wonderfully constructed instrumentation will keep your mind from wandering down even the slightest of tangents. The slightly more upbeat offering of ‘These Lights‘ has few flaws and once again shines a spotlight on your inner character and will have you questioning yourself in ways you never knew were possible. This is most certainly not a pair of songs that will instantly motivate you, they’re far too eloquent for that and they’ll prey on your mind until you realise your fondest desires.

Usually I’d much rather be listening to something full of pounding snare drums and hectic guitars yet I have a soft spot for the sounds of Think Tank as they’ve put together a pair of songs that’ll really get your brain in gear.