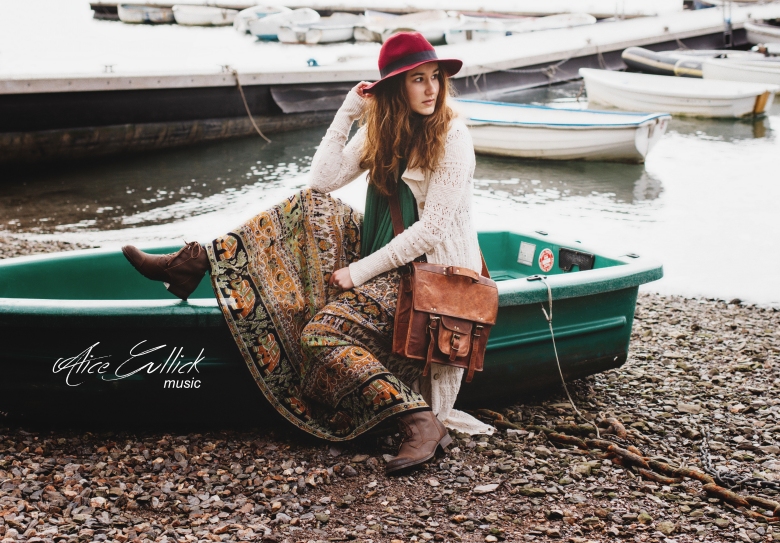 A talented singer-songwriter who has already captured the attention of the keen-eyed folk over at BBC Introducing, Alice Gullick has a voice that’ll get your eyes and ears wide open. Having released her debut single towards the end of last year after working with an LA producer, the creator of some cracking acoustic, Americana-esque sounds took a few minutes out of her day to answer a few questions;

Who are you, what are you and where are you?

I am Alice Gullick, I am a singer/songwriter and I am from good ole’ Plymouth!

Why did you start making music? Who were your first great inspirations?

I started making music because listening to music was the only thing I loved, even more than chocolate, which was a shock… So I felt I would start writing my own songs. My first great inspirations were probably Adele and Katy Perry. They were my first inspirations, but that SOON changed! My inspirations now, however, are Dolly Parton, Janis Joplin, James Bay, Passenger and The Staves.

What made you decide to perform as a solo artist? Do you prefer being in complete control of your music?

I decided to perform as a solo artist because as a songwriter I want to express my feelings, thoughts and emotions through my own songs using my own lyrics. I also want to have complete control of my music and be independent and individual.

How would you describe your sound?

Americana, with haunting vocals, apparently I have a ‘raw and unique voice’. I also have a unique style of playing the guitar

You have a stunning voice, do you feel you’ve modelled it on certain other vocalists or is it your own unique style?

Thank you very much! Well, people often ask me who I sound like, but I never really have an answer because I don’t think I sound like anyone, I am Alice Gullick and I am the only Alice Gullick!! I have my own unique style.

Where should we be looking to find new music? Who is worth keeping an eye on? (besides yourself, of course)

In Plymouth, there is so much talent, and young talent at that! Firstly, Calvin Thomas has a very unusual voice, it is very husky, he sounds a lot like Damien Rice, he is also exceptional at songwriting. Jack Cookson is also very good, he is a great musician and a phenomenal songwriter. Tom Baker is also brilliant, he is more of a pop artist, and is very committed to his work within the industry. He too is a great songwriter.

How do you think artists should be going about getting their music heard? Is it simply a case of getting yourselves out there as much as possible?

I feel that getting yourself out there as much as possible is critical. Personally, I think that gigging and doing live performances regularly is great exposure, because one, it gives the performer the opportunity to practice in front of a crowd, and see whether their music is well liked, and two, it gives people the chance to see the performer live. Also, you never know who will be at your gigs…

Music, to me, is the only thing that gets me up in the morning, I would be a completely different person without music. It makes me so happy. Everyday, I am doing something that revolves around music. I go to college, where I study music technology, when I return home, I play my guitar, then in the evening, I normally have a gig. Frankly, music is all around me!

In the near future, I am hoping to finish my debut album and get it recorded. But ultimately, I am planning to go on tour within the next two years. However, I am only 17, I have my whole life ahead of me, so I’m in no rush to do anything drastic!

Where can we see you live in the next few months?

You can see me at the Trapeze in London on the 28th Jan, 30th Jan at The Dolphin Inn, Newton Ferrers,The Proud in Camden Town on the 31st Jan, The Tavistock Wharf on the 12th Feb, Lusty Glaze in Newquay on the 14th Feb, Southside Blues, Birmingham 29th March.

The main reason I do what I do, is because I want to inspire people. I want to change people’s lives by writing inspirational lyrics. If you like my music, please feel free to get in touch through Facebook, Twitter, ReverbNation, or by emailing, all of my details are on my website. If you have any feedback, please get in touch. I have also just released a single which I recorded in Los Angeles in August 2014. You can find it on iTunes, Amazon, Sony Music and many more. The single is called ‘The Colours Of My Edelweiss’.