From the folks who bring you Discovery Talent comes my first live review of 2015 – truth be told I’ve no idea how it has taken quite so long for this to happen as I’ve already been to a number of gigs, I’m going to blame time-constraints and all that. Unfortunately time was an element that I once again didn’t have in abundance, due to ever-woeful train services and having to review a restaurant in Peckham for the day job, so I was only able to catch full sets from two of the acts on the bill. Nonetheless, here are my thoughts on them;

After finally locating the entrance and heading into the brilliantly laid out venue, my ears were awoken by the sounds of Kolo who, for my own childish amusement, I would make several Toure-based jokes about throughout the evening. They filled the room with instantly powerful sounds and the level of authority that they were able to command as a three piece outfit was indeed impressive. At times it felt a little disjointed, as though they were trying to bring together too many idea in a short space of time, and the presence of another guitar to add a counter melody to the vocals would make the world of difference yet the powered on non-stop and provided what was ultimately a very entertaining set, ending in the brilliant ‘Castro‘ which will stick with me for rather a long time I suspect.

Following them (and essentially headlining the evening for me) were The Bulletproof Bomb, one of my favourite bands of 2014. Despite not being quite as on-point as they were when I saw them at The Macbeth a few months ago, the band were once more able to create a limitless energy out of nowhere that becomes so utterly captivating that you’re simply unable to take your eyes off them – the bassist in particular looks like he’s truly loving life and, with this quality of music being made, who’s to blame him? Once more they chuck in a cover of Elvis Costello’s ‘Pump It Up‘ that’s ready to burst as it smashes through your ears, a well thought out choice in the covers department. These lads definitely know exactly what they’re doing and there’s a real sense of excitement that flows through them all as if they’re on the verge of doing something very unexpected – though in all truth all you get is a set full of absolute bangers, blasted at you with an almost flawless delivery. I suppose that’ll have to suffice…

I’d heartily endorse getting yourself down to the next Discovery event as they’re putting together bills that have a selection of great sounds and you may just find your next musical love. 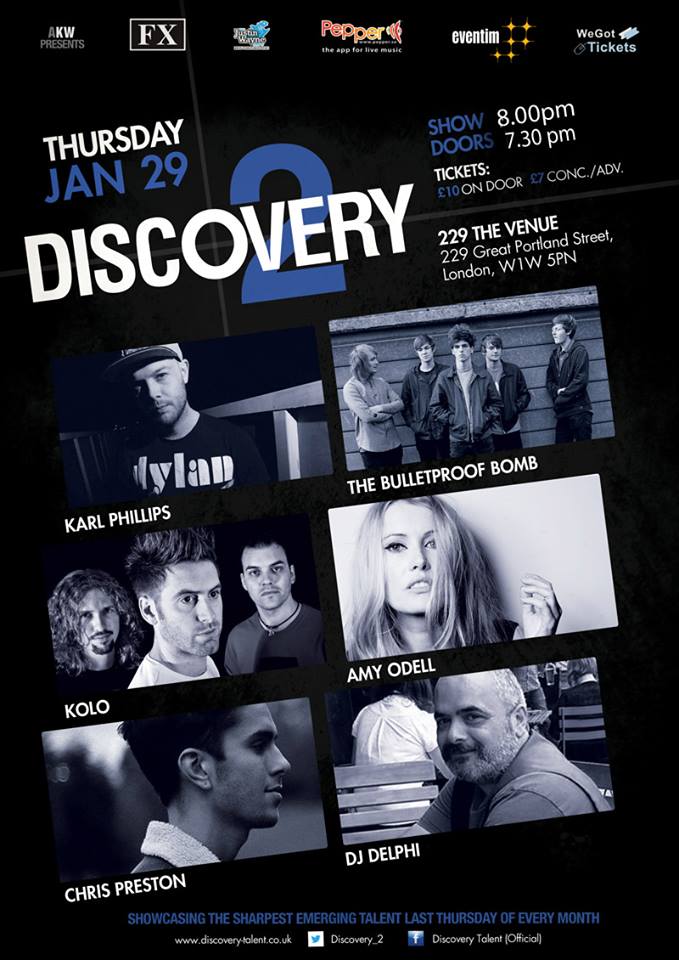