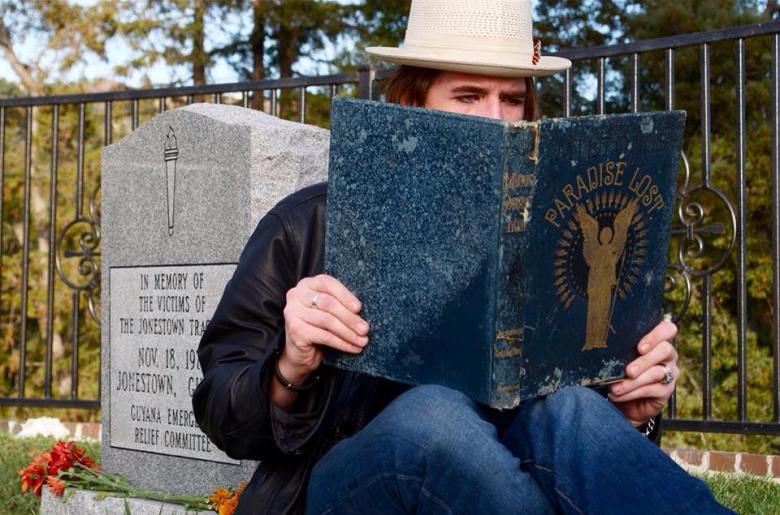 As well as being a man who clearly has access to the internet (see his answer to the first question…), John Murry has got a bit of something special going on when he has a guitar in his hands. As he strums away, transporting your mind to another place, his soulful vocals remind you of music from what was perhaps a simpler time and there’s a warmth to his sounds that’s sure to keep you grinning like a fool. He’s over on our shores for The Upstart Crow festival on 27th September so I asked him a few questions to see what will be on offer from this deserved headliner;

Who exactly is John Murry? How would you describe yourself to someone who has never heard your music?

2. He was the husband of Katherine Mansfield who, unhappy with his given name (Richard Cowper), chose instead to travel the threads of time and steal mine. He even took the same middle initial and chose to leave out the “a”. She was a far better writer, so it makes sense. On far too many levels.

3. He is a now, I believe, recently retired Manchester pugilist who now runs a world-renowned gym and trains up-and-coming boxers to fight as he does: to go for the KO without the “T”; to knock people the hell out. I have agreed to trade this John Murr(a)y guitar lessons for boxing lessons. Not kidding.

In all honesty, I wonder that myself, or, rather, I wondered that myself for quite some time. At some point, I realized it was absolutely futile to attempt to answer this question for myself with anything nearing objectivity. I’m an idea. “Their” idea (though I’ve yet to meet them), “my” idea (though I’ve yet to meet me). I am certain of one thing: I wake up every day and know for certain I am not the person I fell asleep as the night before. Sometimes I’m quite happy with the arrangement. Sometimes I’m quite disturbed by it. Mostly I simply question the arrangement itself and wonder with whom I made it. It was an unfair deal. I’m not sure what I get out of it. Today, anyway. Tomorrow I may have all the answers. On Monday, though, I’ll likely deny I ever did.

Someone unfamiliar with the music I’ve made and attempting to make sense of it would, I pray, be poorly served reading about said music. I know I have been. I turn on it like a rabid dog, at times. At other times I find comfort in it. The odd time, I would likely deny I’d ever created any of it at all. I suppose it’s simply an extension of the wavering and conflictual identity I bargained away in order to create it. It’s real, though. Of that, I’m certain. Whether it’s worth a damn or not, it’s there. It’s a living and breathing part of what I am. That may sound trite, and I swear to Christ if I could take some of it back I would, but it’s true. I suppose we all make some pacts we can’t back out of.

How did you first get interested in music? Who was your first real inspiration?

In church, at a very young age, I sang in the choir. I was so young that I don’t remember how young I was, but as soon as I realized I was a part of creating it, I was. I don’t guess I had much of a choice. It was already a part of me. I was just waiting for a way to make it real. I whistled a lot as a kid. I sang Four Tops songs to myself. I made an utter fool of myself for the love of it all. My first real inspiration was Ms. Beverly Clement, my church’s organist and choir director. She thought I could sing and had me sing solos. I would have disagreed with her (I got quite good at faking reading musical notation) and she would have disagreed with me, but we never spoke about it because I simply wanted to sing so badly. I particularly liked all the darker hymns and, on Sunday evenings when we were allowed – during services – to pick ones for the entire congregation to sing, I was reprimanded by some of the older members of the church for picking songs like “Go Down Moses” and the like. I suppose they are quite bleak tunes, but damn if they aren’t riveting!

Why do you continue to do what you to? What’s your motivation for making music?

I do it because I can’t seem to find anything else to do. I suppose I could just write. A book or a play or a series of essays on Montaigne. I just don’t have the drive to do anything else. I don’t always have the urge to continue to write and perform songs, but I do it. I wouldn’t know what else to do. I accepted some time ago that, though this is likely the worst time in history to be a song and dance man, I’m damned. I’ve tried other things. I always end up back in the same place I began: with a melody and strings of words rambling around in my skull. I suppose I’m kinda fucked that way, ya know? I like to think I’m not an idiot, but only a damn fool would attempt to make a living this way nowadays. I suppose….

Who is making the music that you’re listening to at the moment? 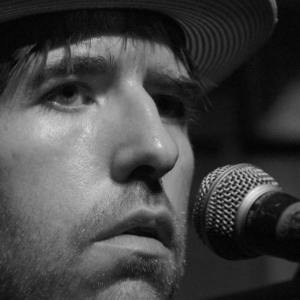 we are talking about, literally, right now, then the honest answer would have to include A$AP ROCKY, Seamus Fogarty, The Hedge Schools, D’Angelo and The Vanguard, Taylor Swift, Roky Erickson, a lot of Bad Seeds related stuff like These Immortal Souls, Kenny Brown, R.L. Burnside, Cary Hudson, and kinda on and on in a rather psychotic manner.

Why should young people bother making guitar music? Surely it’s all dead in the water now, right? (Obviously it isn’t…)

They shouldn’t unless they have absolutely no other choice! If I were to give some sort of songwriting class, I’d strongly advise against it. They’ve been saying guitar music is dead since The Pixies proved everyone wrong. Amazingly, any Pixies record still proves them wrong. If you’ve got to make music, then by God, make it! If you don’t, praise Jesus! You can be a part of the working classes and one day own your very own guitar!

Come to think of it, isn’t rock and roll dead? So how come you’re playing it?

I don’t know what rock and roll is. I like to think of myself as a deluded rapper, but I know I’m wrong. But yes: it died with Don McLean. Not The Big Bopper. That was the coffin. American Pie provided the nails. Art Garfunkel provided the soundtrack.

I play it just to spite my parents, I think. They’re still concerned about the global effect Elvis may have.

How do you go about writing your music? Do you have a standard songwriting formula or is each song different?

I have no idea! I make up weird tunings a lot of the time and then just make up melodies. I write down words. I generally make them rhyme. I really hate formulas. I can hear formulaic songwriting, even count it out, and it bores me to death. It’s like sitting through math classes in Mississippi. I don’t know much about geometry. When it sounds like it’s working, it’s working. I’ve gone with that since I was a kid and it’s either failed me or hasn’t, but it’s never failed me in the sense that it has turned this into work, per say. Though I would’ve adored a desk at The Brill Building!

What are the highs and lows of being an independent musician in the 21st century?

The highs generally involve drug use. The lows generally have something to do with business. You’d have to ask someone who cares about independent music in the 21st century to get a definitive answer, though. I’m stuck somewhere else, I think. Maybe the 1980’s. A good decade, regardless of what we’ve been told. The ‘90’s were the real ‘80’s.

What are the biggest differences between the way we approach music in the UK and the US? Are there actually any differences any more?

I think the Los Angelization of the world is almost complete. I don’t see much of a difference. Europe is smaller in the sense that nation states define themselves more rigidly. So there is a still a way to be huge in Austria and unknown in Germany, thank God!

Why do you think we care so much about music? Do you ever get frustrated by people that aren’t in love with anything aural?

Yes! I don’t understand how people can’t become fixated on sounds and songs and words and noise and all. But, I also wonder if we do care that much about music anymore. If we did, would SXSW have so many damn seminars telling musicians how to use social networking to promote the crap they made? Maybe, just maybe, actually making up songs and all is still far more important than promoting thyself…. I could be wrong, but I doubt it. Perhaps if we cared about music, we’d care about those that made it. “….you don’t have to live like a refugee…”? I think that era has passed me by!

What can we expect to see/hear from you in the near future?

An EP! I finished it and it’s got five songs on it and I adore the people who played on it. It’ll be for sale at the end of the month in a limited edition of 250.

Anything you’d like to add? How about a quirky quote that I can use out of context?

Yes. I would like to add, quite simply, that we – as a species – we must declare holy war on virtually all music or we must embrace the rising tide of mediocrity, swallow it whole, and….ummmm….hell……

I was trying on my Franco and it just doesn’t fit. Mishima had the right idea: hire DeGaulle’s tailors and look good. Then call yourself a Samurai until it’s true. The Hari Kari part is a bit hard to commit to, but if pushed….!