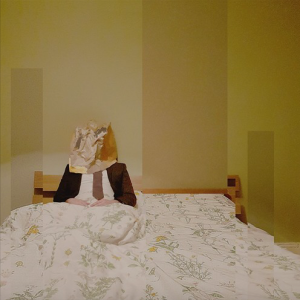 Seeping into life slower than your nan trying to work out how to use a mobile phone, this enrapturing beauty from A Festival, A Parade is set to capture your imagination more than any adventure Alice could ever have on either side of that looking glass.

With hints of shoe gaze style floating along on a rocked out vibe, the Newcastle-based bunch take a frank addressing of mental illness with this new single and actually take the time to give their music real meaning outside of themselves. It feels chaotic, as though synapses are fizzing away a million times a second without any real sense of control. Rather than necessarily feeling dark this has a realness to it that is so often missing, perhaps having such a tender subject at the song’s heart has helped the band really pull out all the stops and create something so memorable and honest that you’ll have a hard time thinking about anything else for at least the next little while. This message from the band gives a bit more insight into the track: “The take-home message from the song (if there is one) would be to just make sure you make time for people who might need someone to talk to, and that even people who appear be leading an idyllic lifestyle may be struggling behind closed doors.”

So, go on, do it. Make the time to check that people you give a shit about are doing ok. And anyone else for that matter. All is not always as it seems.