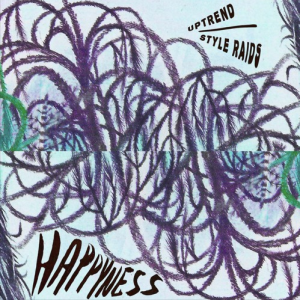 The sultry sounds of Happyness have been tickling my earbuds as the scalic sounds of their latest slash titled beauty lingers in like the breeze and becomes more powerful than any tornado you’ve ever seen.

Laid back as it is hypnotic, the beauty of the track comes in the combination of the mesmerising guitar riff that becomes all you can think about mixed in with the lo-fi vocals and simple swagger that the rest of the band go about their business with. It seems as though they couldn’t give a toss about what anybody else thinks and – at the end of the day – isn’t that the real epitome of cool? Apparently these were just the guide vocals anyway and yet they suit the song far better than an over-analysed, polished to perfection version ever could. The band have always impressed me with the way they get that chilled out image across without ever seeming over-confident and this is just yet another shot that’s come straight out the middle of the barrel. I’m not entirely sure how guns work but that’s probably right.

Mellow yourself out and bring a little bit more Happyness into your life – you might just slip into something a little more… Melodically brilliant. Ooh, cheeky.