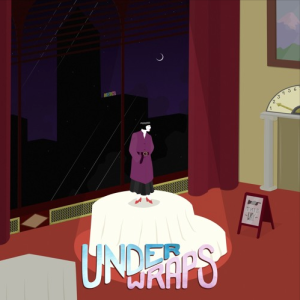 Her’s are something else. Honestly, they’re from some weird kind of planet where you’re allowed to dream, do whatever you want and just put your feet up rather than getting bogged down by the daily grind.

So get your spacesuit on because we’re off to go live with Uncle Stephen and Uncle Audun for a while. They’ve promised us freshly cooked food and even fresher melodies that are undoubtedly good for the soul because they’re absolutely brimming with it. They’ve been keeping their latest special under wraps (ho ho) but word has it that the ingredients include basslines sexier than Jessica Rabbit, vocals with a drawl even Keith Richards would be taken aback by and the ever-necessary warmth of a cuddle from a slightly over-affectionate relative. Seriously, they’ve got the goods in absolute spades and it simply has to be heard to be believed.

Don’t forget to pack your sunglasses. And your trainers. Oh, and plenty of clean underwear. You know what, I’ll just pack for everyone.

(FYI – You should pick up the latest edition of Dork which is out today and features an interview I did with Her’s plus my glowing review of their album. It’s coherent, honest.)