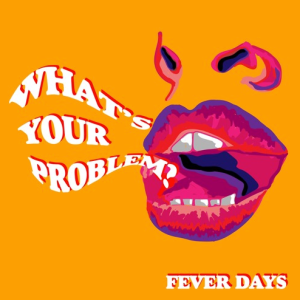 Are we just glossing over the premiere of their debut track FEVER DAYS had on this very blog earlier this year before swiftly deleting it so that they could have another crack at a debut? Yeah alright then, this is still pretty banging…

Now complete with band, the Oli Green fronted outfit have lost a lot of that bedroom DIY edge in favour of an indie sound that’ll be more familiar to those who love a binge of this kind of thing. The guitars rock like they should and there’s a real callback to Jamie T, classic Bloc Party and the like and you’ve got a neatly wrapped up three minute beauty here that’s ready for radio and complete with everything the band need to turn heads in all the right places.

That rough-around-the-edges feel that first attracted me to FEVER DAYS has wound in its neck a bit. However, as it has been replaced by something that powers on so mightily and with a sense of real promise, there’s plenty of positives on the horizon for this lot.